We are honored to have Dr. Patrick Scott leading our 2023 Festival Choir! 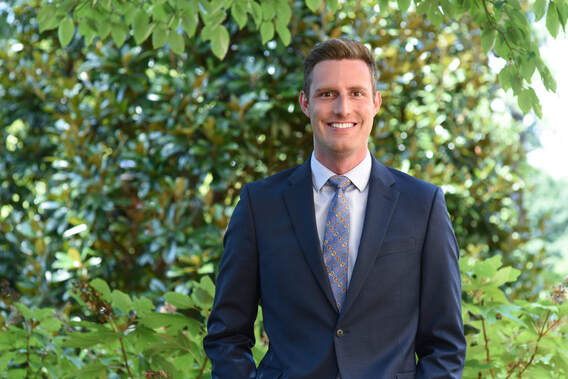 Patrick A. Scott is Director of Music & Organist at Grace-St. Luke’s Episcopal Church in the heart of Midtown Memphis, Tennessee. There, he serves as the Artistic Director for the Memphis Boy & Girl Choir, provides music for chapel services for the Grace-St. Luke’s School, plans an annual music concert series, and leads a program supporting multiple choirs including a chorister program affiliated with the Royal School of Church Music. Prior to his appointment in Memphis, Dr. Scott served for five years at the Cathedral of St. Philip in Atlanta as the Organist & Associate Choirmaster where he played for services and Evensongs and led the RSCM affiliated chorister program. A native of Picayune, Mississippi, he holds a Bachelor of Music degree in Organ Performance from Birmingham-Southern College where he studied with Dr. James Cook. As a student of Drs. Judith and Gerre Hancock, Patrick earned a Master of Music in Organ Performance and Sacred Music and a Doctor of Musical Arts in Organ Performance, both from the University of Texas at Austin. His other major teachers have included Betty Polk and Kathy Vail.

In 2016, he was named one of the top 20 leaders and organists under the age of 30 by The Diapason magazine. He has recorded CDs under the Raven and Gothic labels with the cathedral choirs of the Cathedral of St. Philip, Atlanta and as soloist on the Æolean-Skinner organ of Providence United Methodist Church in Charlotte, NC, the organ formerly at the Kennedy Center in Washington DC. While a student at UT Austin, Patrick was selected to join the Maymester Study Abroad program to explore the Anglican choral tradition of boy and girl choirs at chapels and cathedrals in Cambridge, London, Oxford, and Winchester, England.

An active recitalist and accompanist, Dr. Scott has appeared in concert and with choirs throughout the United States, as well as in France, Scotland, England, and Ireland. He has presented recitals, workshops, hymn festivals, and masterclasses for chapters and conventions of the American Guild of Organists, the Organ Historical Society, the American Choral Director’s Association, the Royal School of Church Music, and the Presbyterian Association of Musicians. He has served on the staff for four summer courses for the Royal School of Church Music.